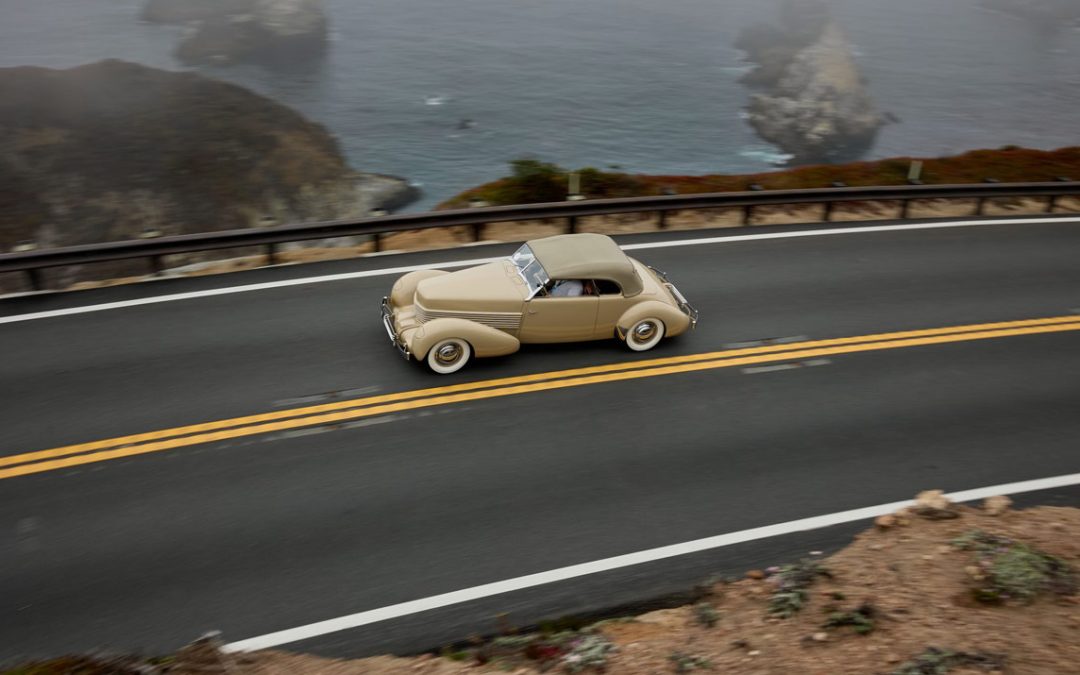 For a pioneering aviator fueled by adrenaline, the Cord 812 was the ideal land vehicle for Amelia Earhart.

With its innovative technology, streamlined design, and speed (cruising smoothly past 70 mph), Earhart and her husband, George Palmer Putnam, wasted no time ordering one. She chose a light-colored convertible Phaeton, a rare option. On September 20, 1936, she posed for a photo with two of her favorite things, her bright Cord 812 and the famed Lockheed 10E Electra plane.

Less than a year after her tragic disappearance over the Pacific, Earhart’s husband, George Palmer Putnam, sold the vehicle. It went through several owners and fell into disrepair over the decades. In 2019, The JBS Collection acquired the car. The JBS Collection engaged LaVine Restorations to return the vehicle to a condition that would honor the vitality and originality of its first owner. Today, the Earhart Cord 812 is one of the most cherished automobiles in The JBS Collection.

The JBS Collection premiered the vehicle at the 2021 Pebble Beach Concours D’elegance.

After participating in the famed Tour D’elegance drive on Thursday, August 12, the JBS Collection team presented the auto for judging at the Concours D’elegance.

On August 15, 2021, the Concours judges awarded the restored vehicle a ‘Second in its Class Award,’ Class C, American Classic Category. 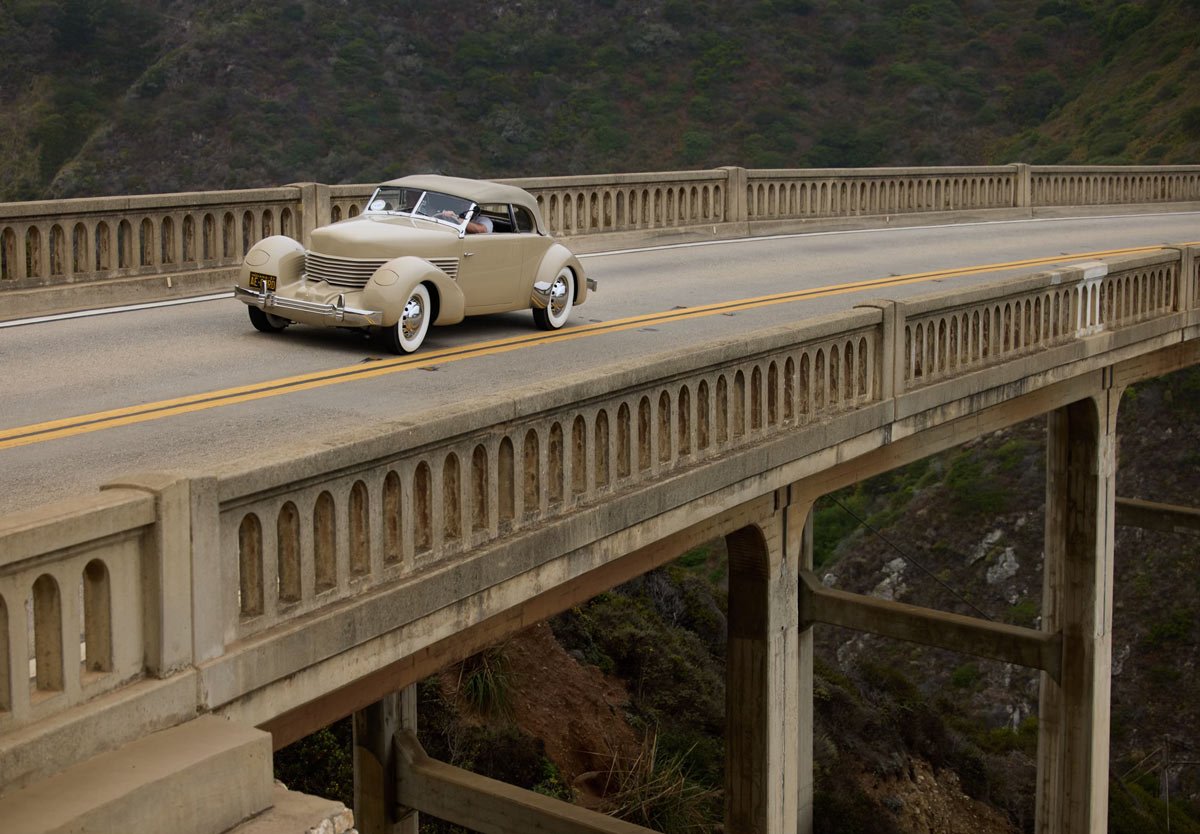 Automotive Hall of Fame designer Gordon Miller Buehrig was honored for producing some of the finest automotive designs, including the 812 Cord. According to Hemmings Motor News, Cord cars are among the most influential American cars ever built.

Buehring’s revolutionary advancements for this vehicle were many. At the time, most American cars mounted door and hood hinges externally. Buehring ingeniously hid all hinges within the body and full-face wheel covers.

Most people associate retractable headlights with more modern vehicles in the 1960s and 1970s. Few realize this automotive invention appeared many decades before it was mass-produced. For the 812, Buehring concealed the 812’s headlamps in the fenders. Drivers could open the lights using a pair of small cranks at either end of the dashboard. 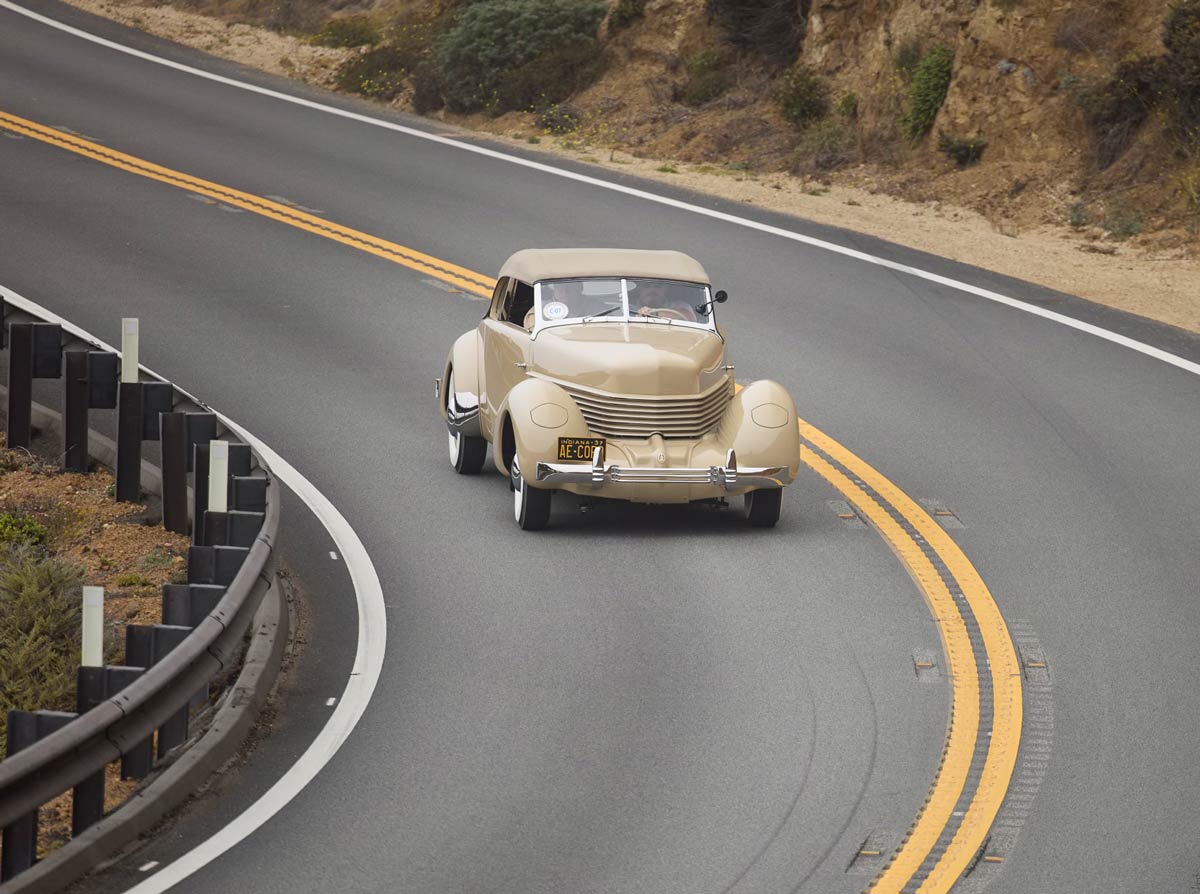 One of Buehrig’s most radical and noticeable design changes for the Cord 812 was the coffin nose, a louvered wraparound grille. The front end feature replaced the traditional radiator grill exchanging them for horizontal louvers that curved around the nose. The part earned the nickname ‘coffin nose.’

Other Innovations of the Cord 812

Other design advancements of the Cord 812 included

The Desirability of the Cord 812

When the car premiered at the New York Auto Show in November 1935, the rich and famous swooped in to purchase the highly sought-after vehicle. The Cord Division of the Auburn Automobile Company thought they would produce 1000 vehicles by Christmas of 1935. Unfortunately, production delays pushed back delivery until April 1936, much to the dismay of many customers and ultimate financial hardship for the company. Amelia paid $2195 for the vehicle at a time when most Americans earned $471 per year.

The Disappearance of the Cord Automobile

A combination of mechanical challenges, allegations of fraud, and financial woes brought the Cord 810 and 812 production to an abrupt end in 1937. Cord tried desperately to keep the interest in the car alive but failed. As part of the attempt, they hired Alex Tremulis to create new prototypes. Cord built five prototype models that never made it to market. In hand-written notes, Alex described his regrets about the changes he introduced, including the addition of the side pipes on the supercharged models. He lamented that his design changes were like, ‘painting a mustache on the Mona Lisa. I should have left them alone.’

While both the Cord automobile and Earhart disappeared in 1937, The JBS Collection seeks to keep their history and significance alive for many years to come.

Made in Auburn, Indiana, by E.L. Cord

The Auburn Automobile Company, located in Auburn, Indiana, produced the luxury Cord brand from 1929 to 1932 and 1936 to 1937. Errett Lobban “E. L.” Cord established the Cord Corporation intending to pursue innovative technology and design. While the Cord was initially successful, it was short-lived. 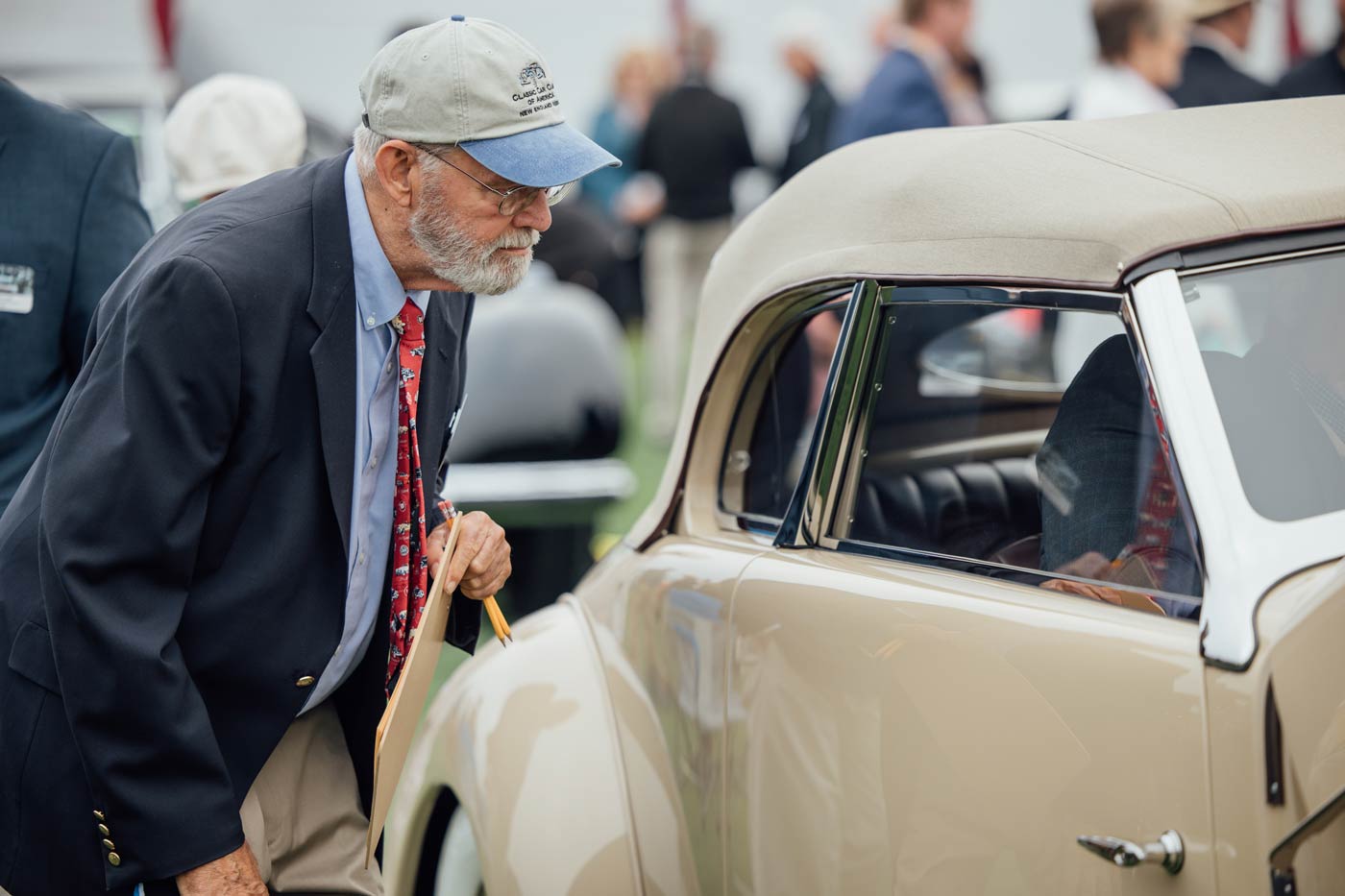 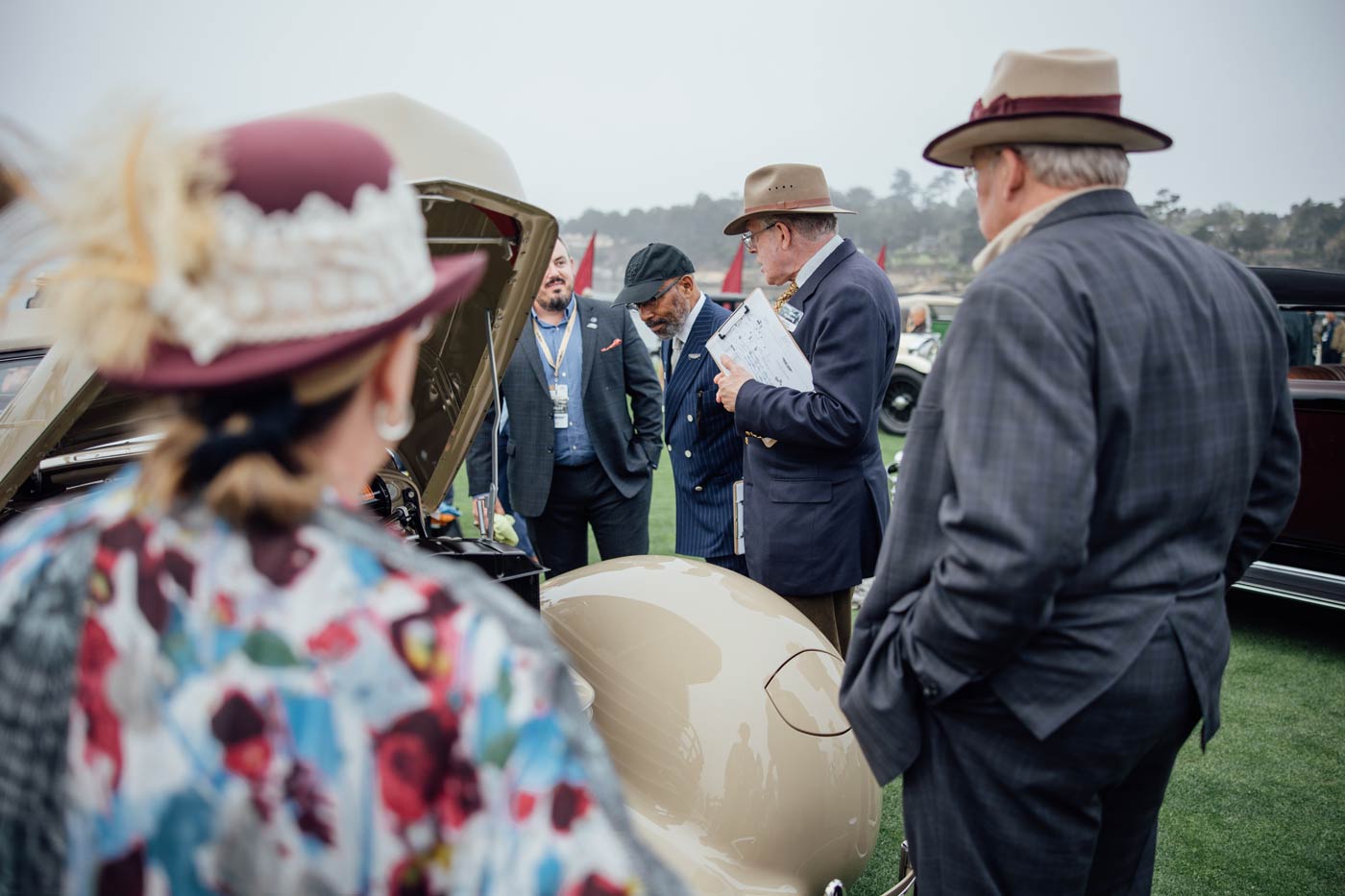