From Thailand With Love

Transport by these three-wheeled, motorized taxis continues to be a staple of tourism in cities including Bangkok. While known by nearly as many names as the countries in which they appear – bajbaj in India, cocotaxi in Cuba, and jeepney in the Philippines to name a few – in Thailand, they are called Tuk Tuks, an echo of the sound made by its two-cylinder engine.

A sheet metal body and canvas top with an interior open to the elements are stock components of Tuk Tuk construction. The model now a part of The JBS Collection typifies these features along with handlebars in lieu of a steering wheel.

But this vehicle’s spare build belies its outsized panache. Updates to this pint-sized jitney include a brilliant blue and yellow body that features chrome accents inside and out, and a Pioneer radio added for passengers’ tiny touring pleasure. 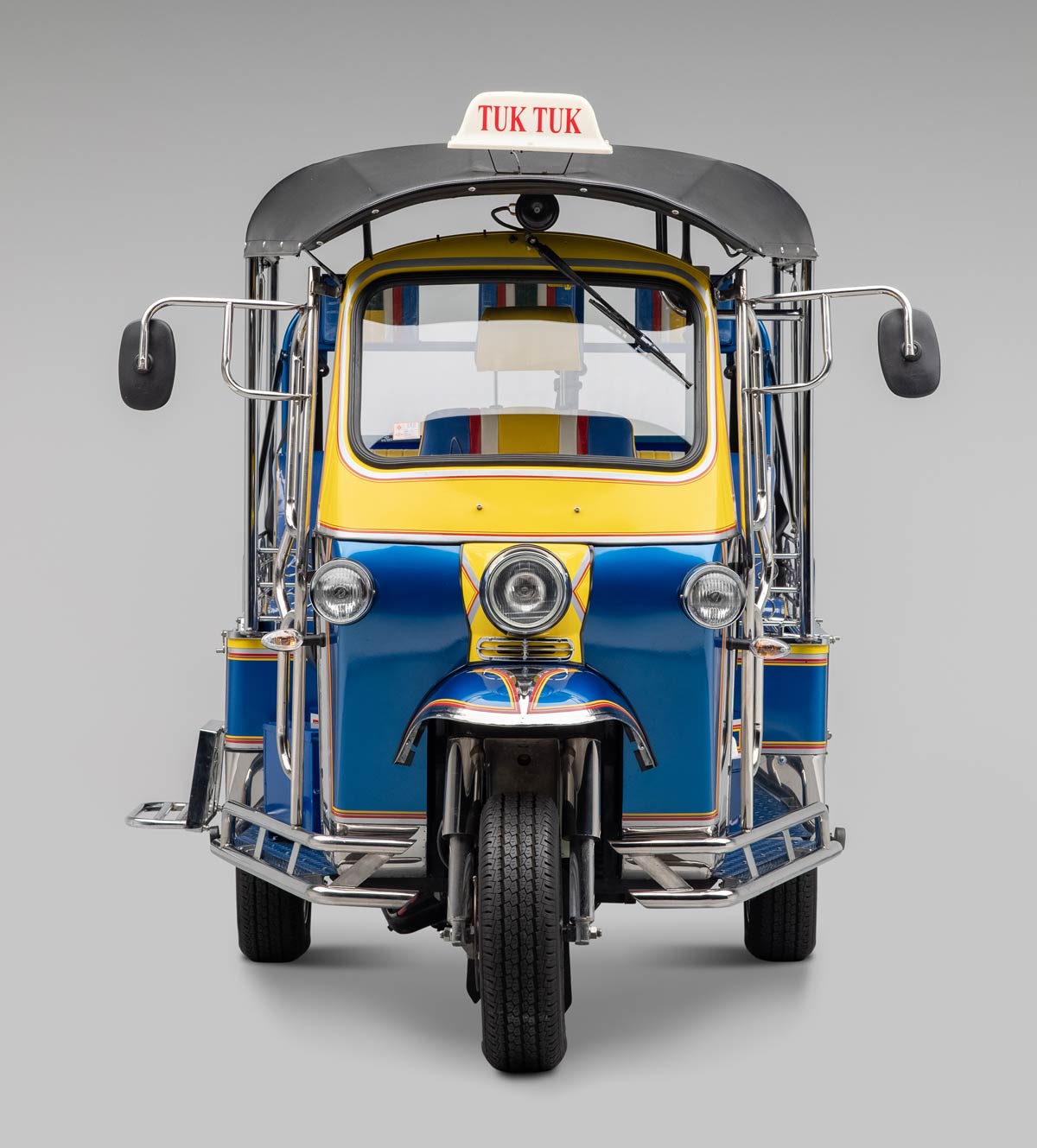 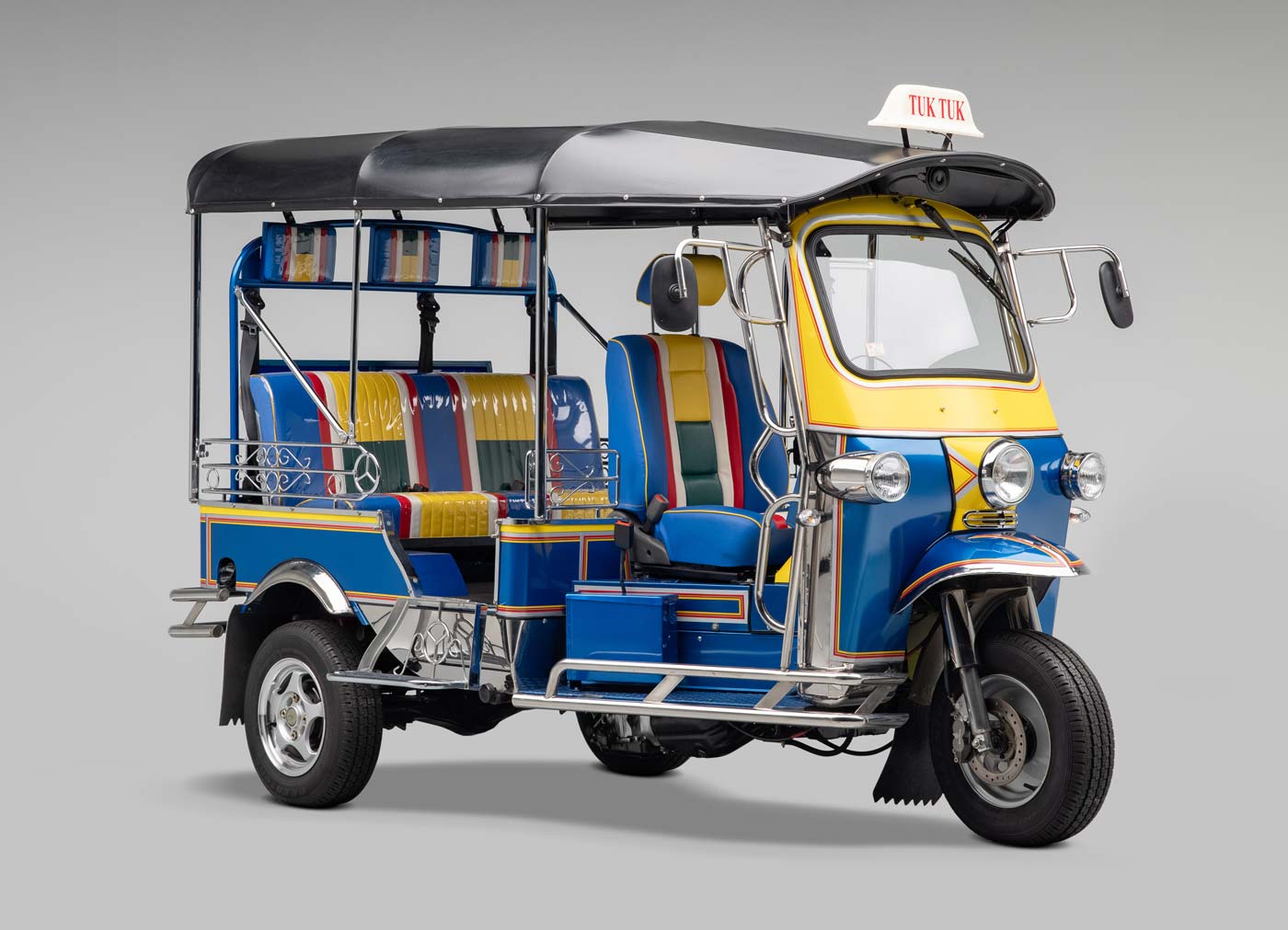 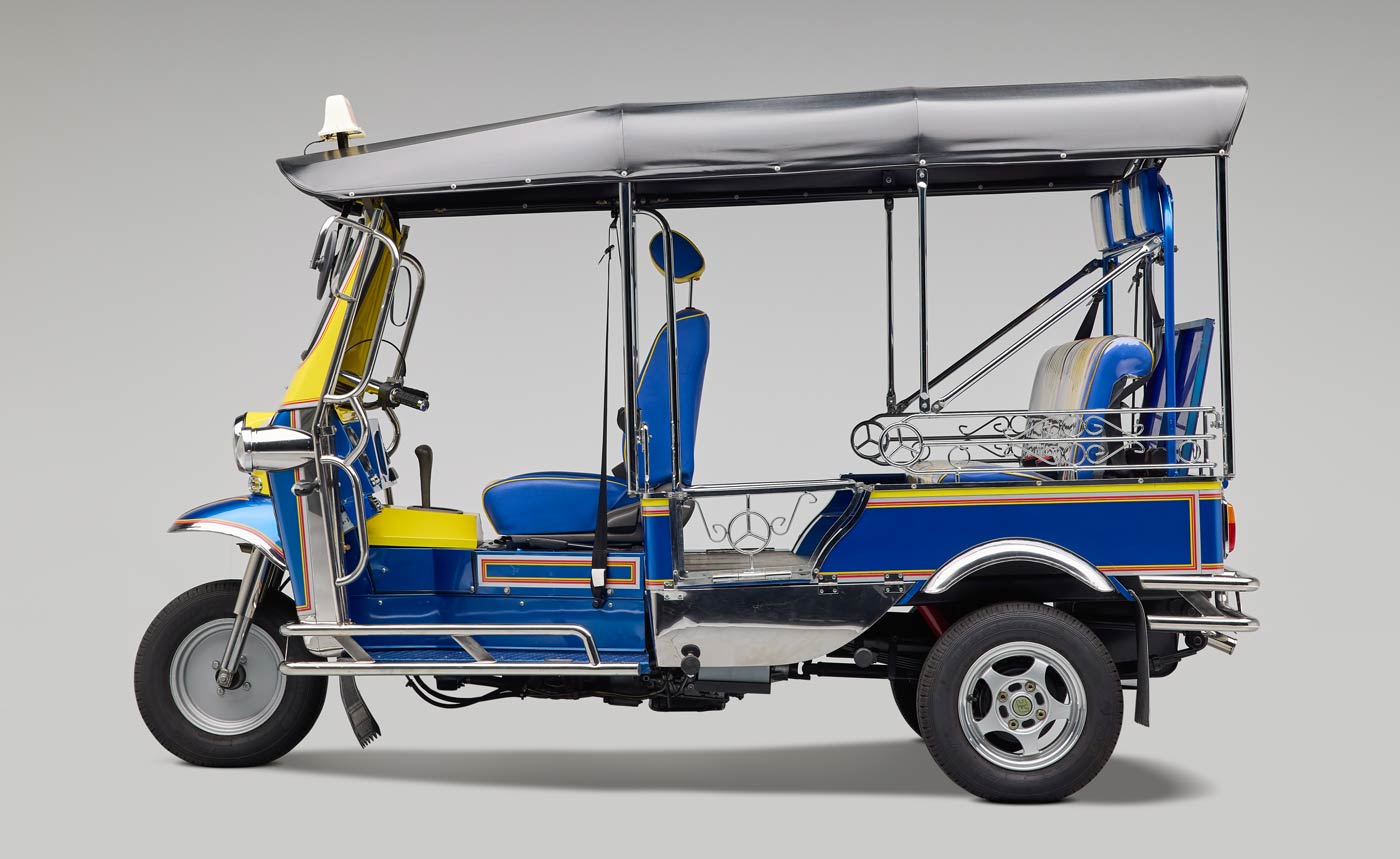 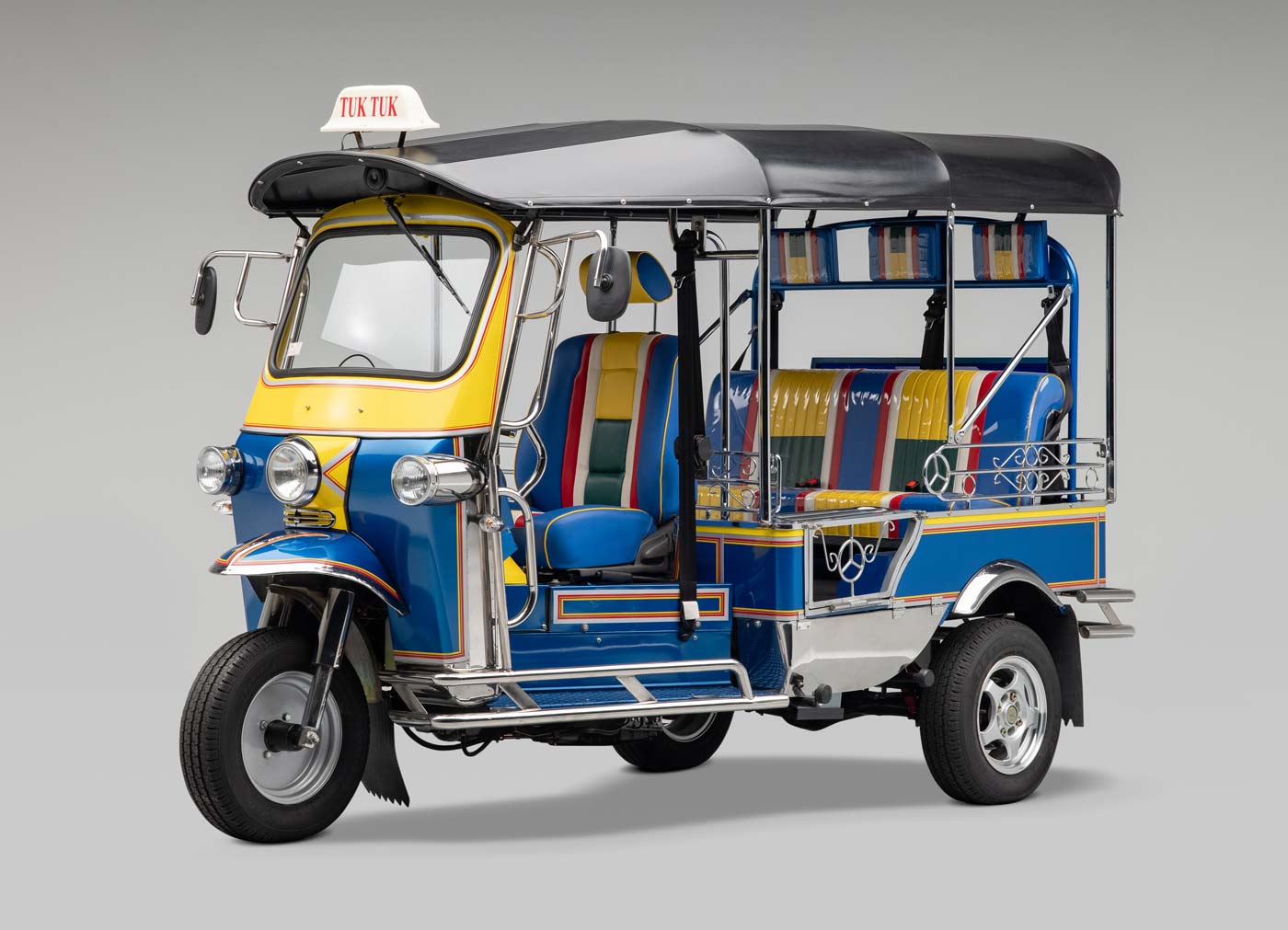 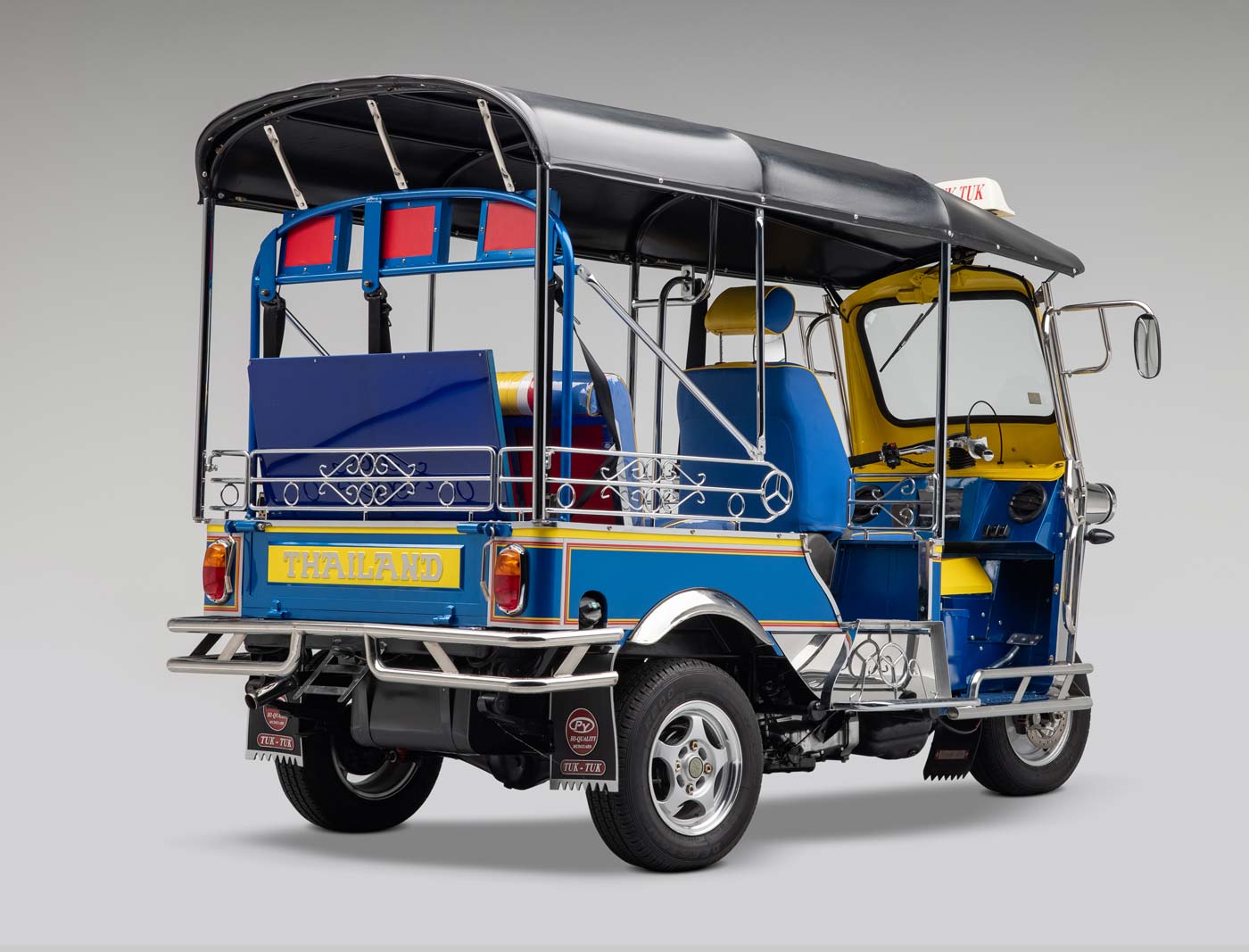 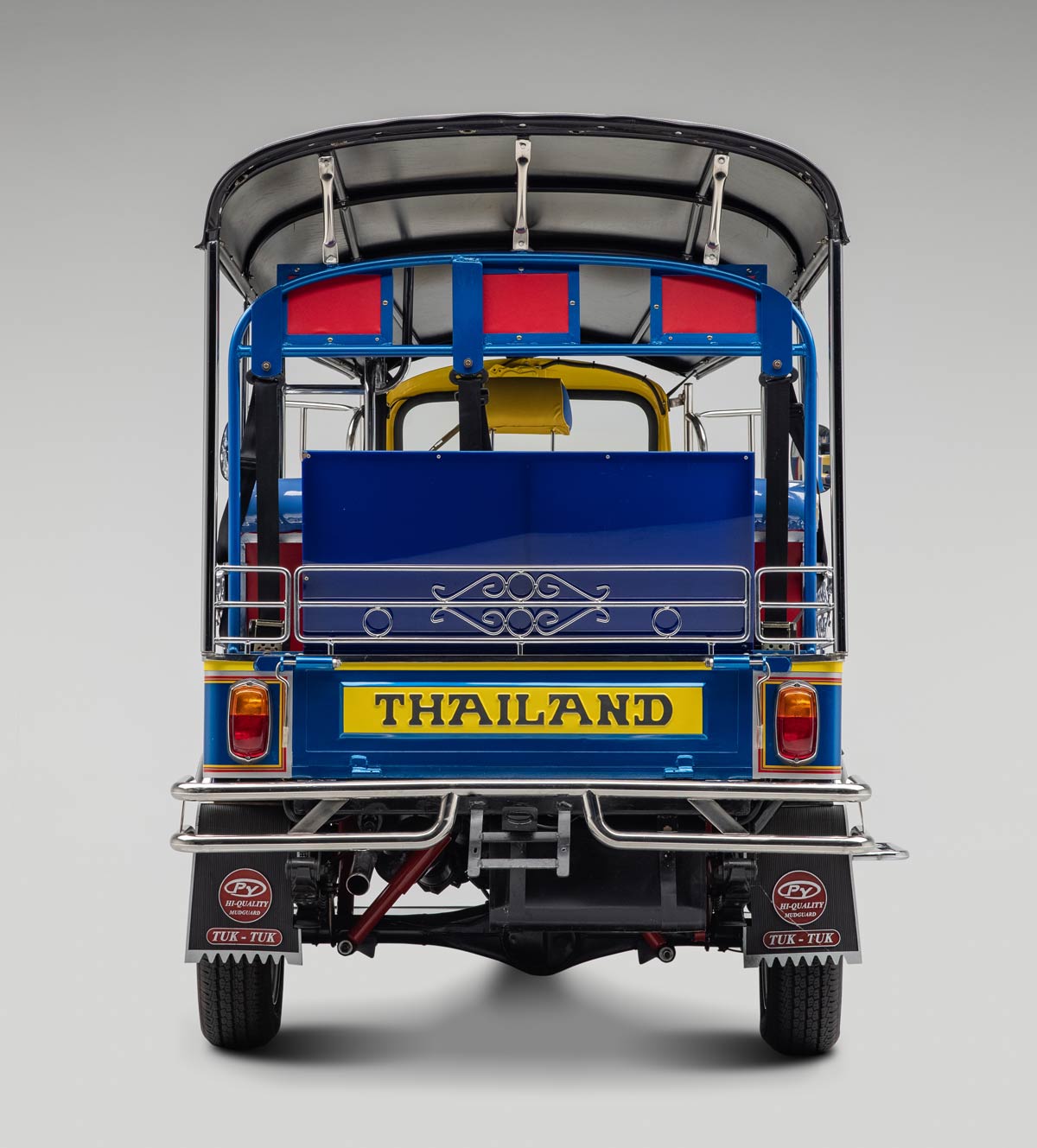 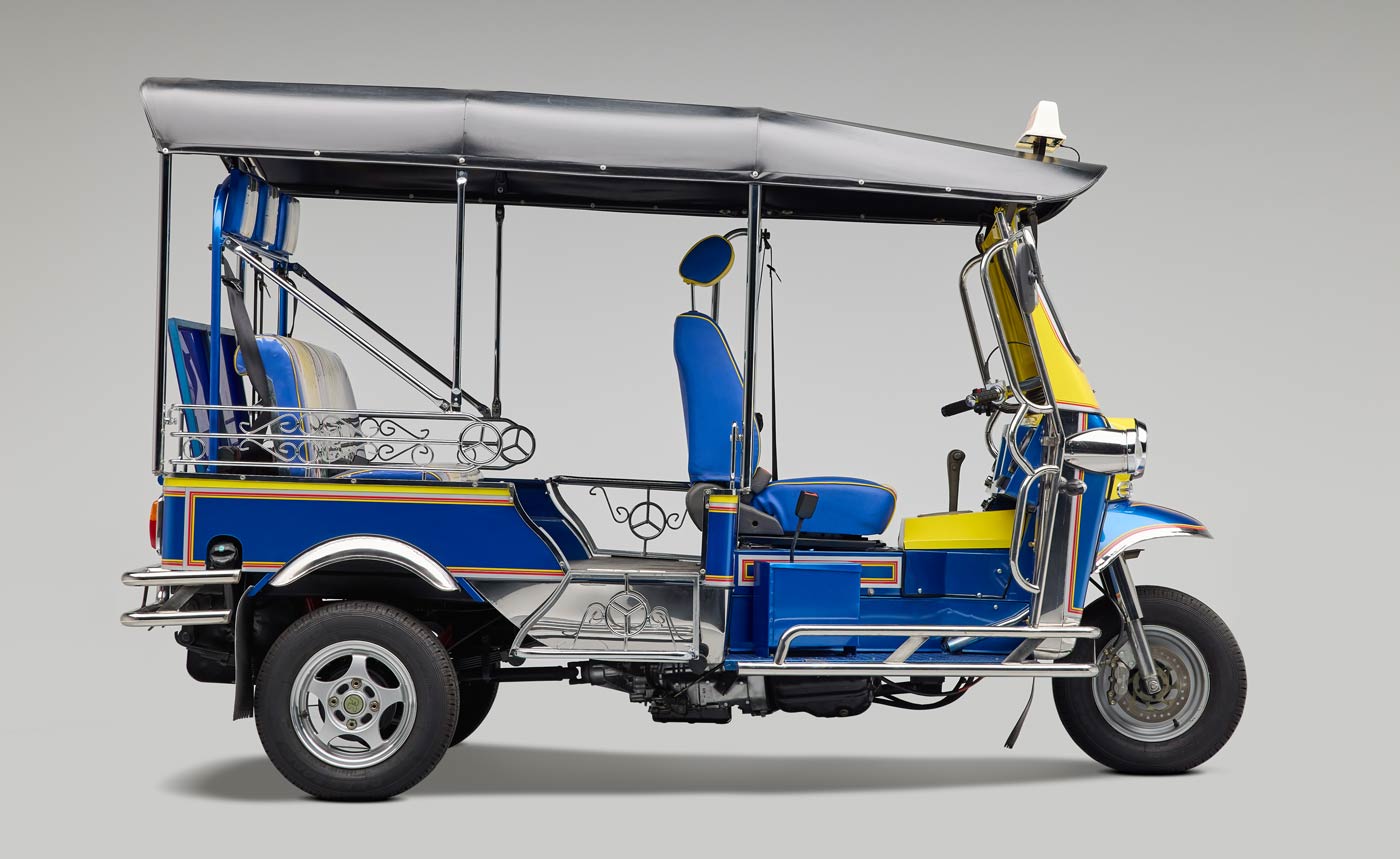 The JBS Collection’s model is a gas-fueled classic, but newer, electric versions of these tiny taxis are being produced in Thailand in response to rising concerns about noise and air pollution. These quieter motorized tricycles create zero emissions and have found buyers as far away as Switzerland (heated seats optional).

Japan introduced auto rickshaws to Thailand, and, more broadly, Southeast Asia, distributing tens of thousands of used models in the ‘30s and ‘40s. Still, Italy can make the same claim to the proliferation of that three-wheeled profile in Europe.

The Piaggio Ape – or “VespaCar” – was released in 1948, the brainchild of aircraft engineer and Vespa creator Corradino D’Ascanio. Aside from the third wheel and the flatbed placed atop its rear axle, it was mechanically identical to its scooter predecessor and was offered with a choice of three engines: 50, 125, and 150 cubic centimeters. 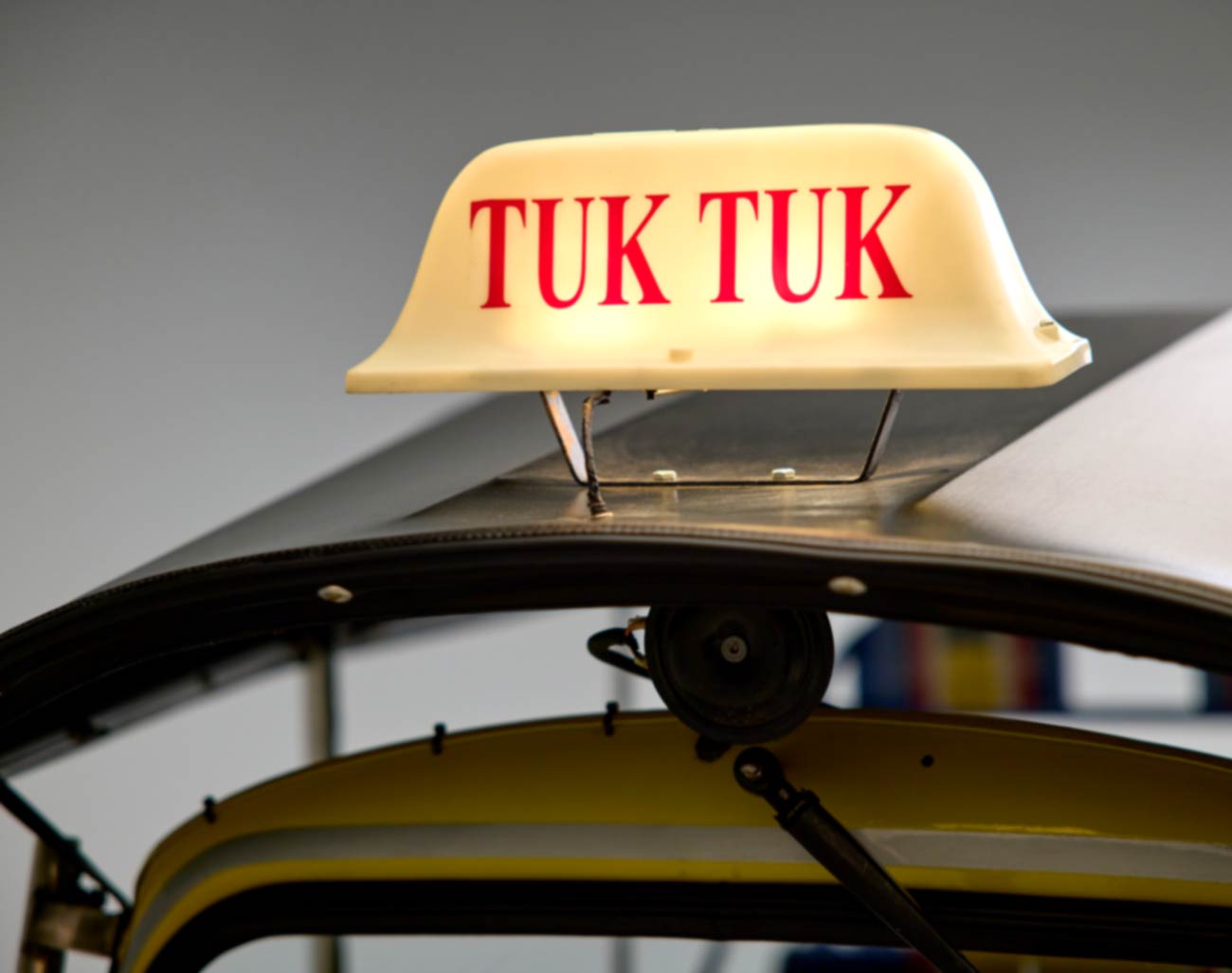 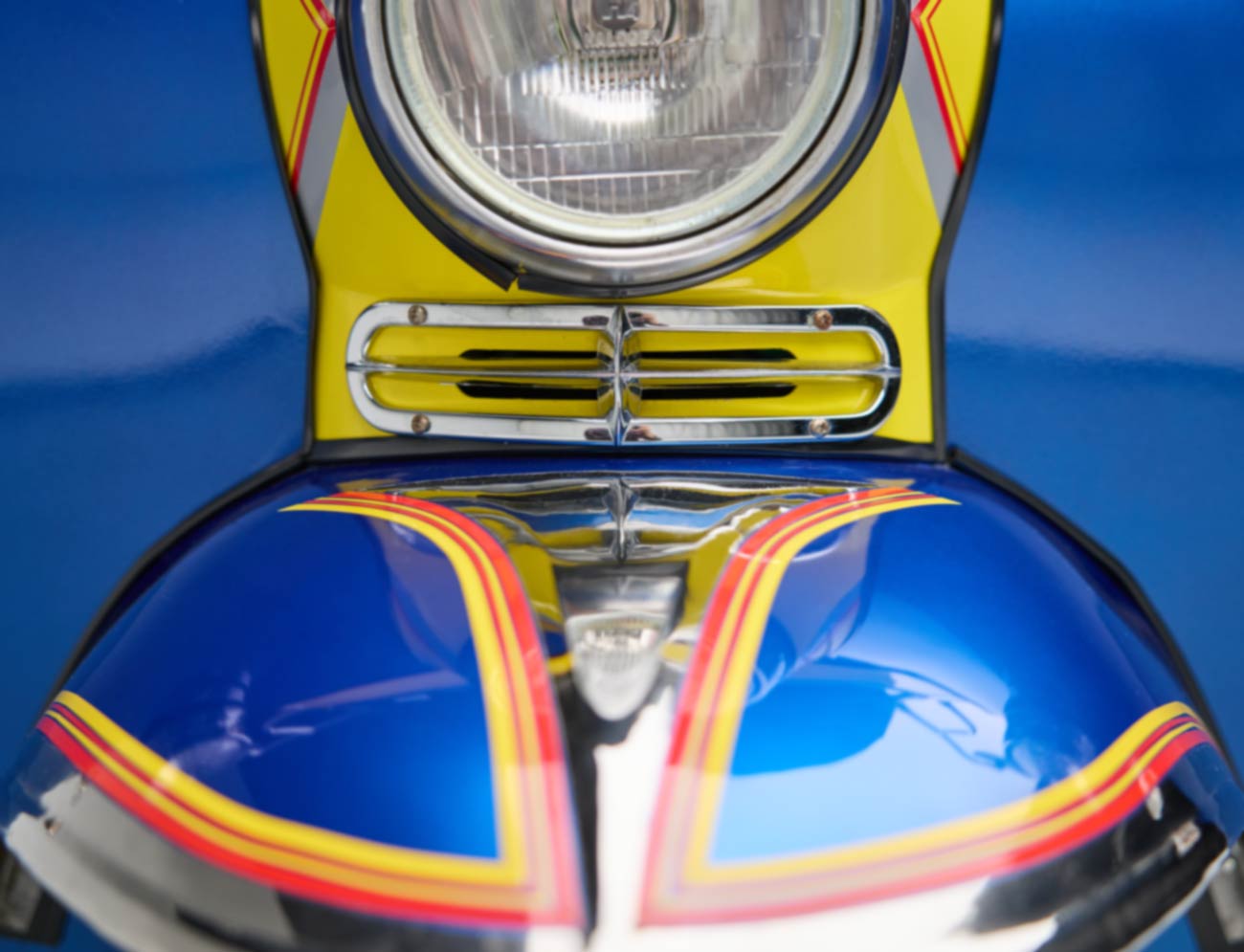 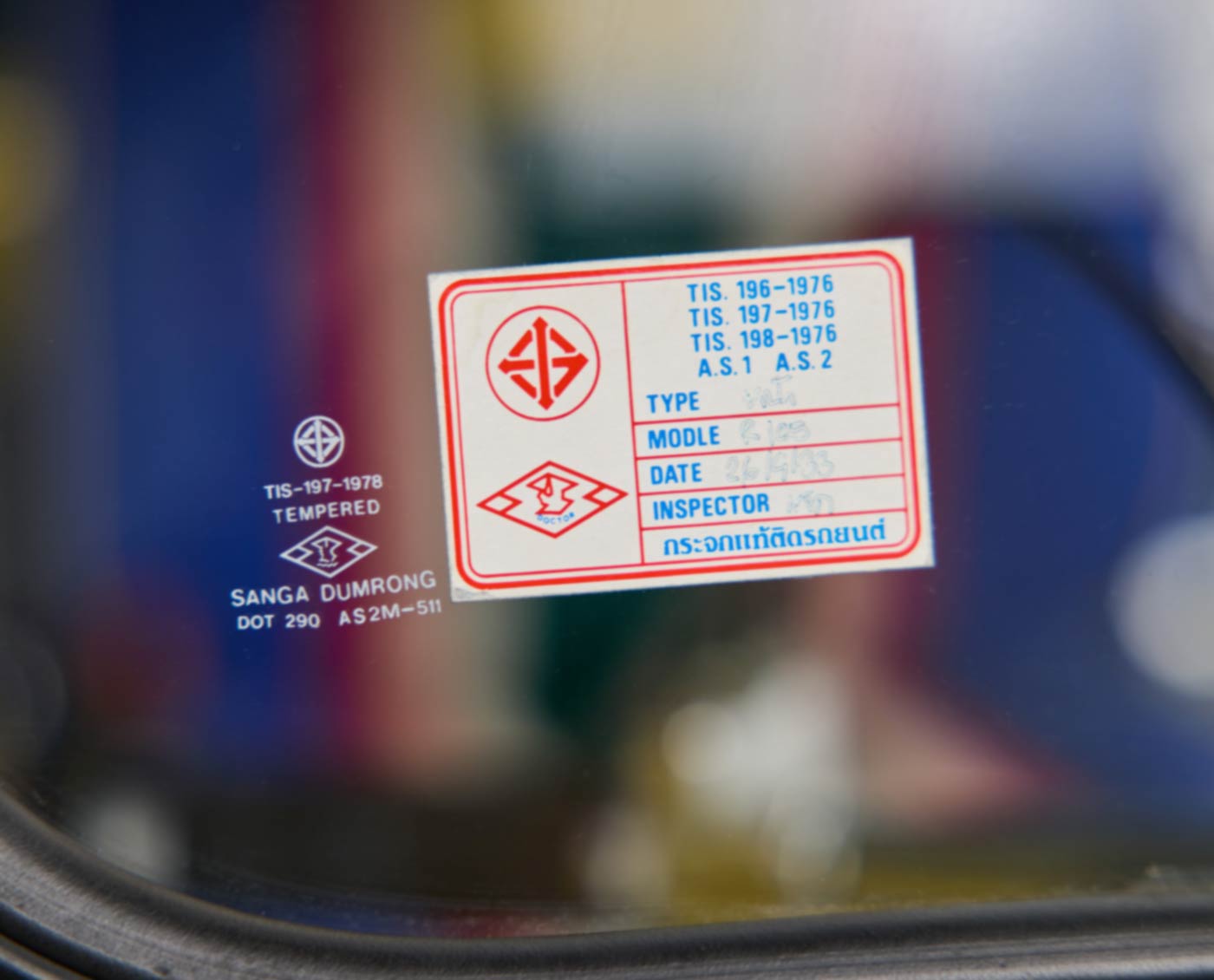 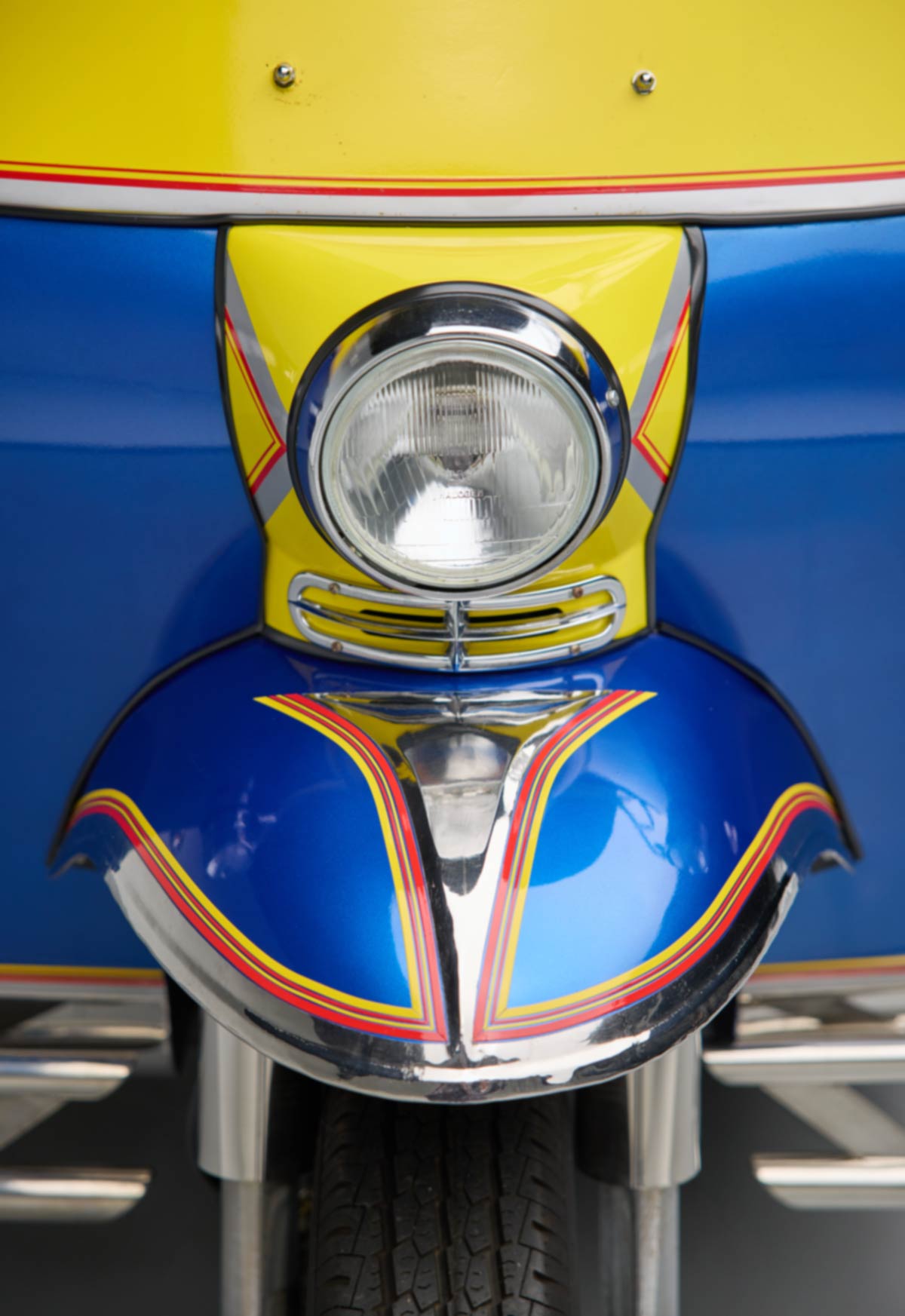 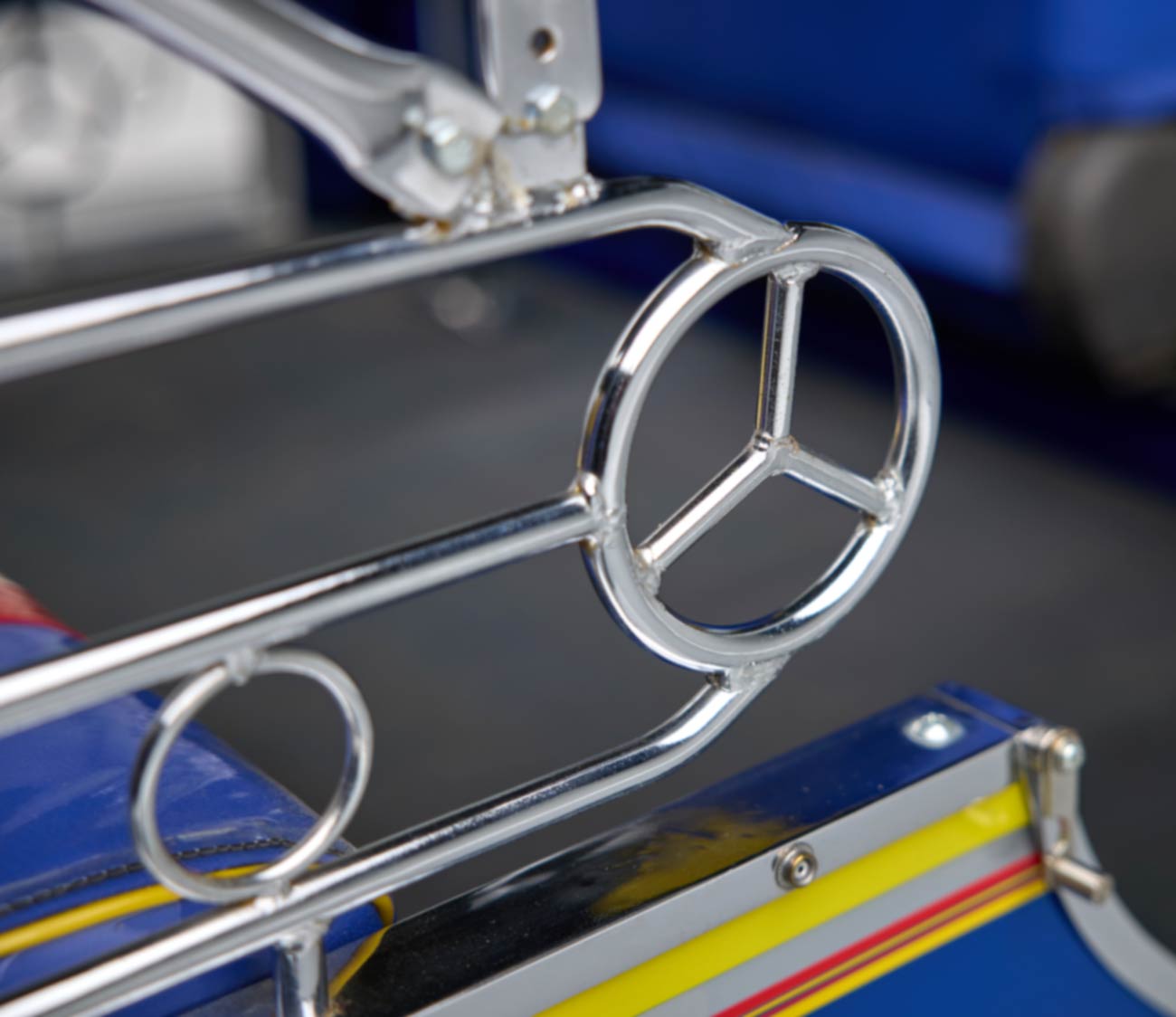 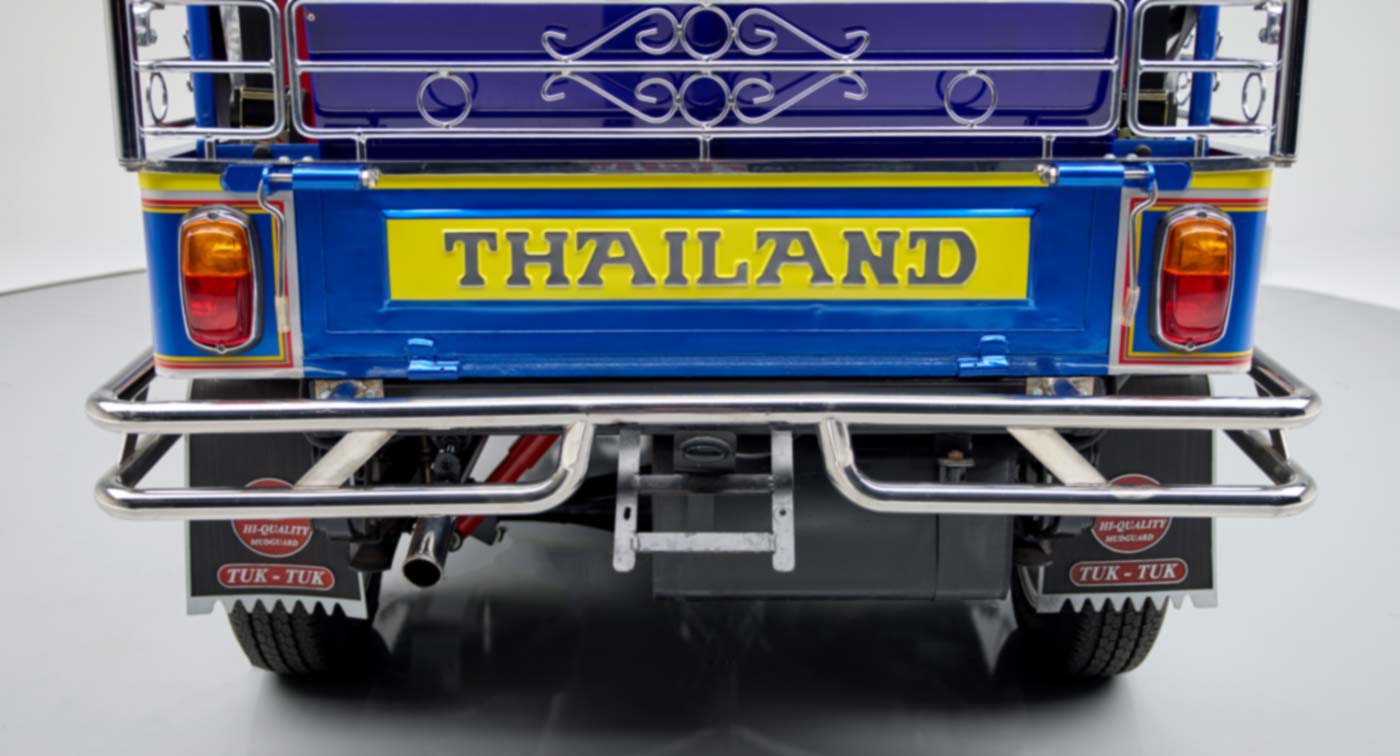 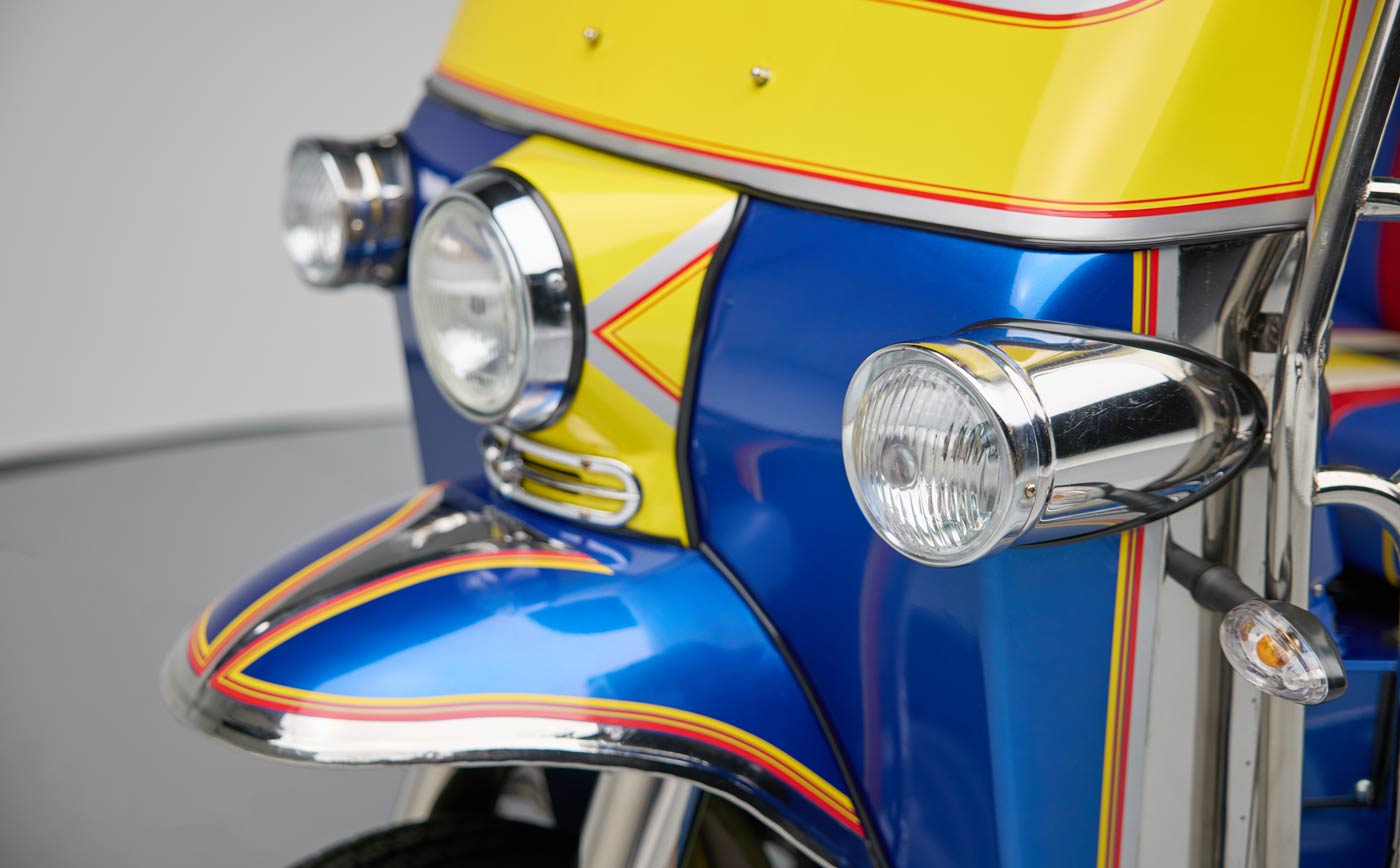 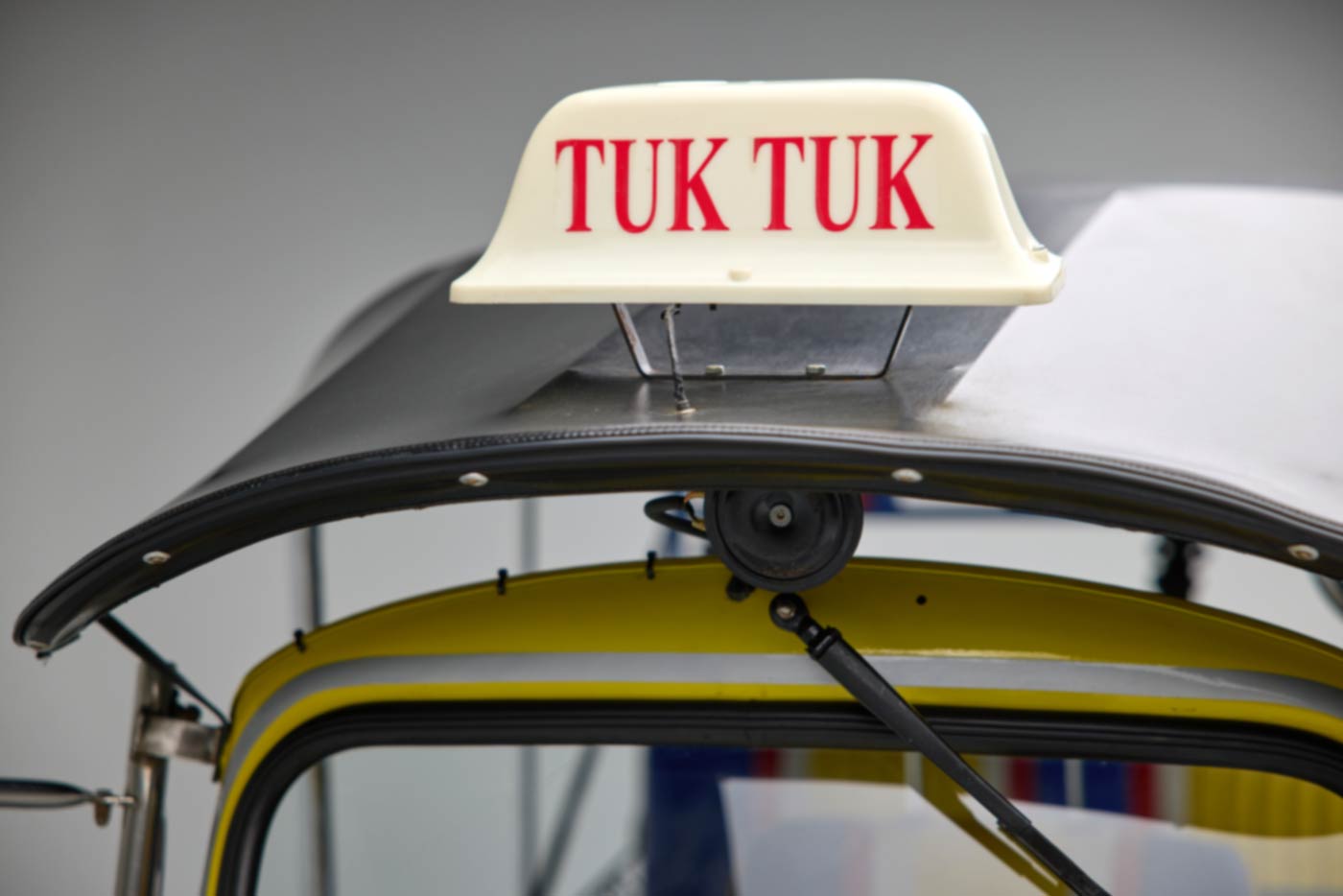 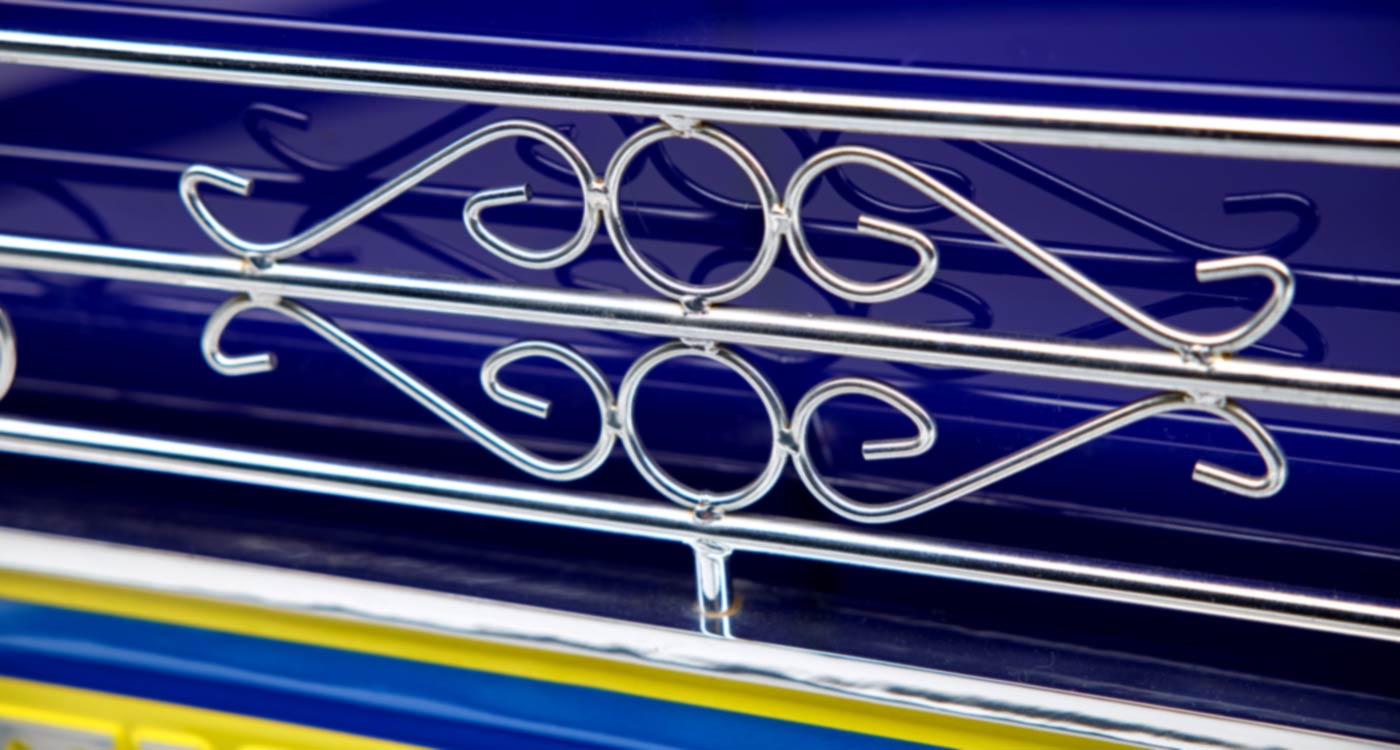 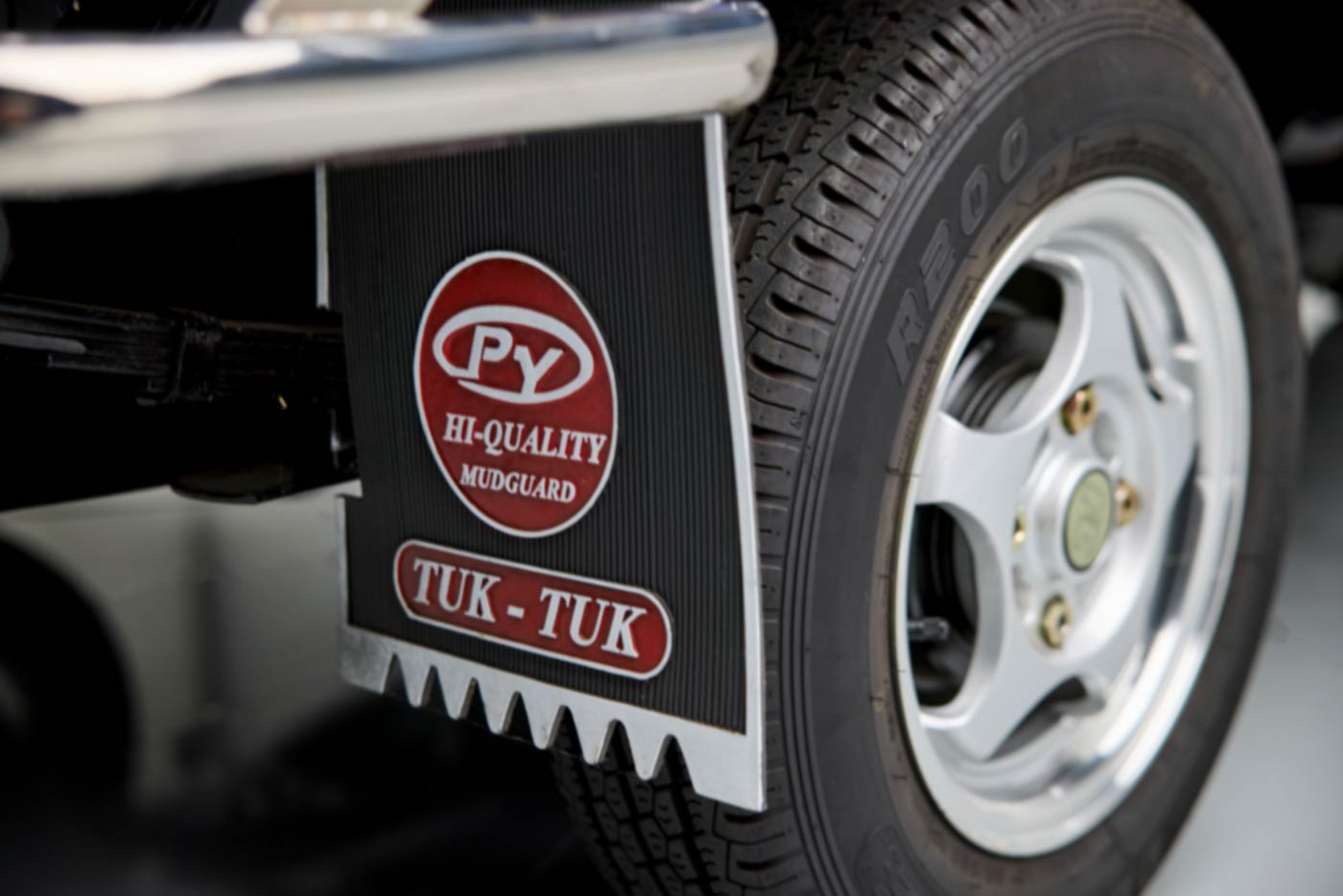 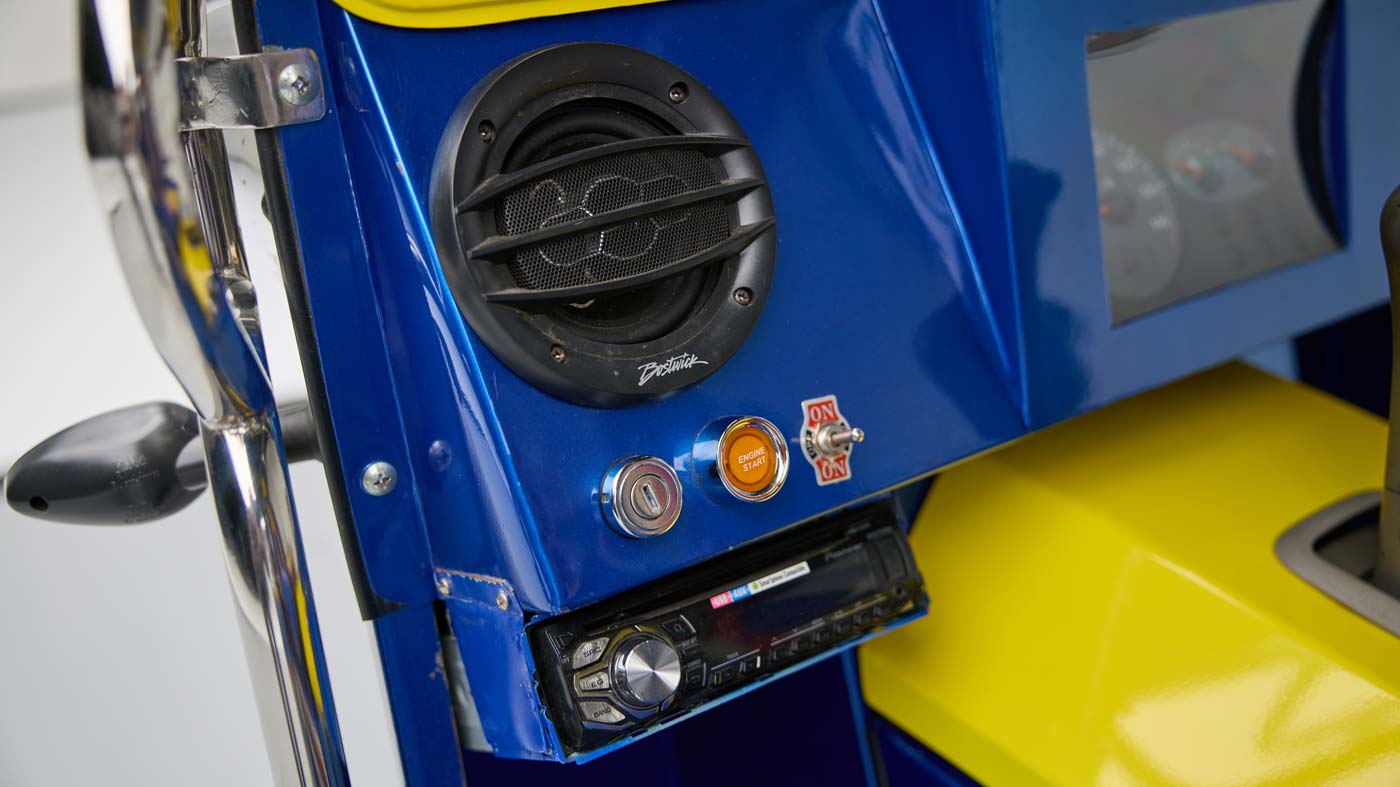 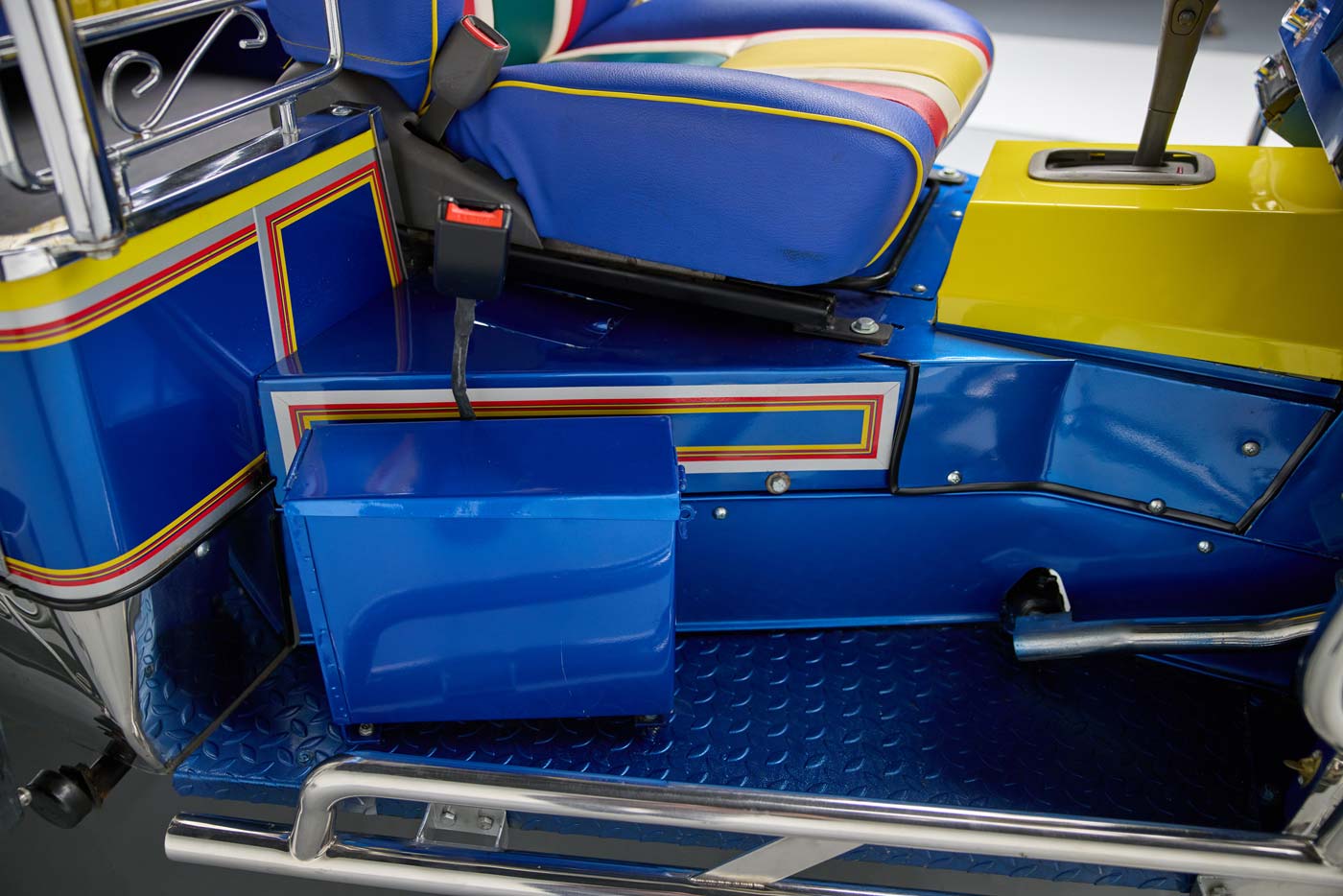 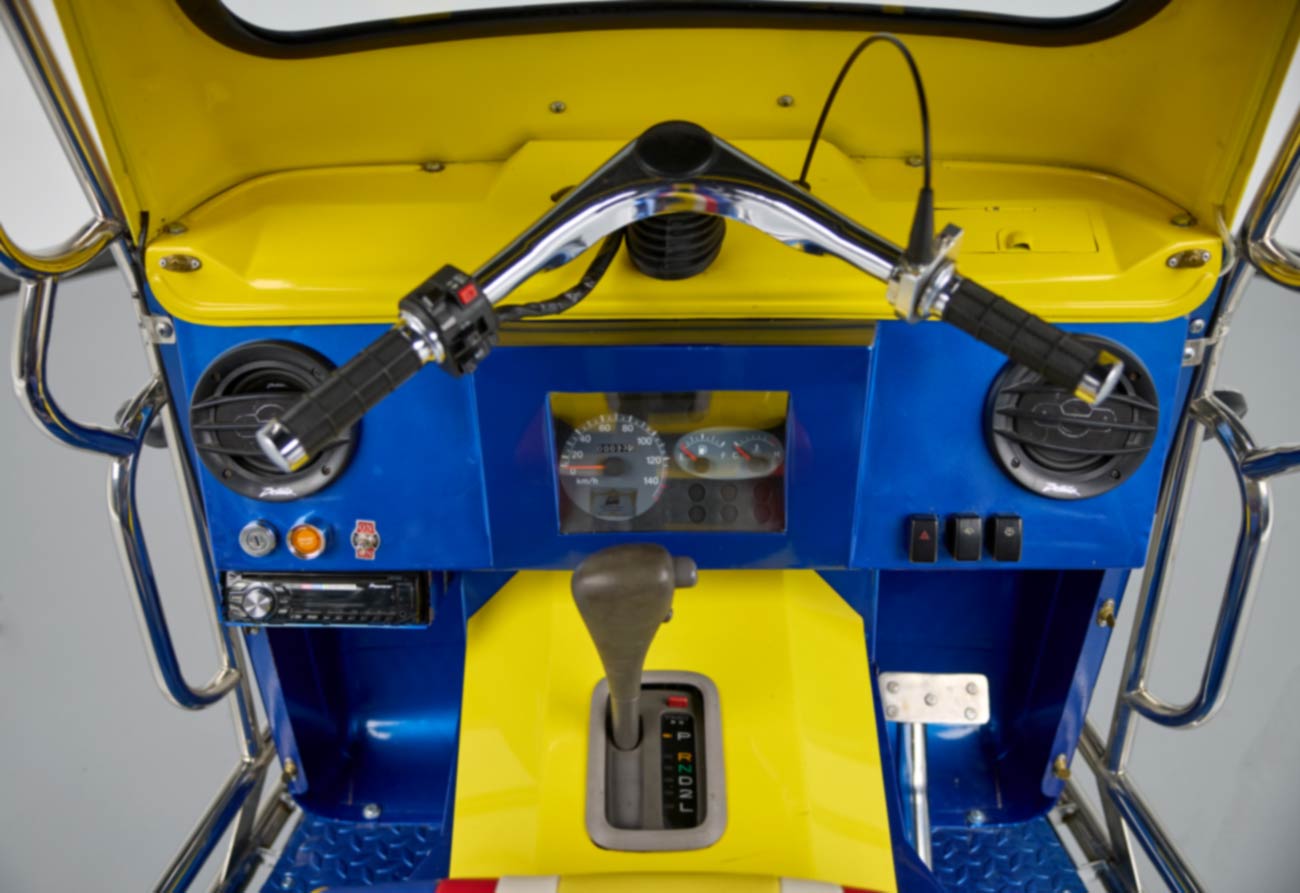 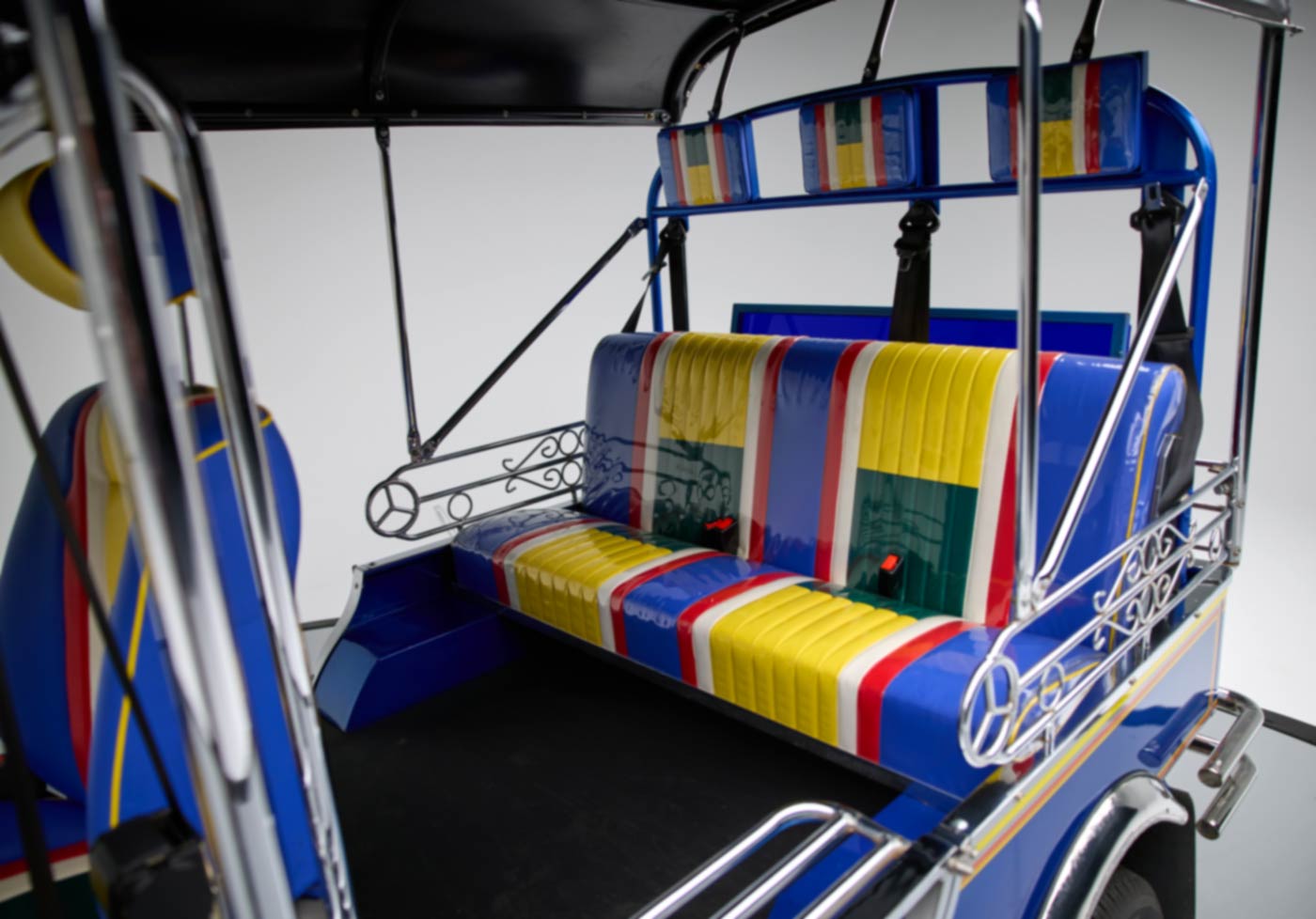 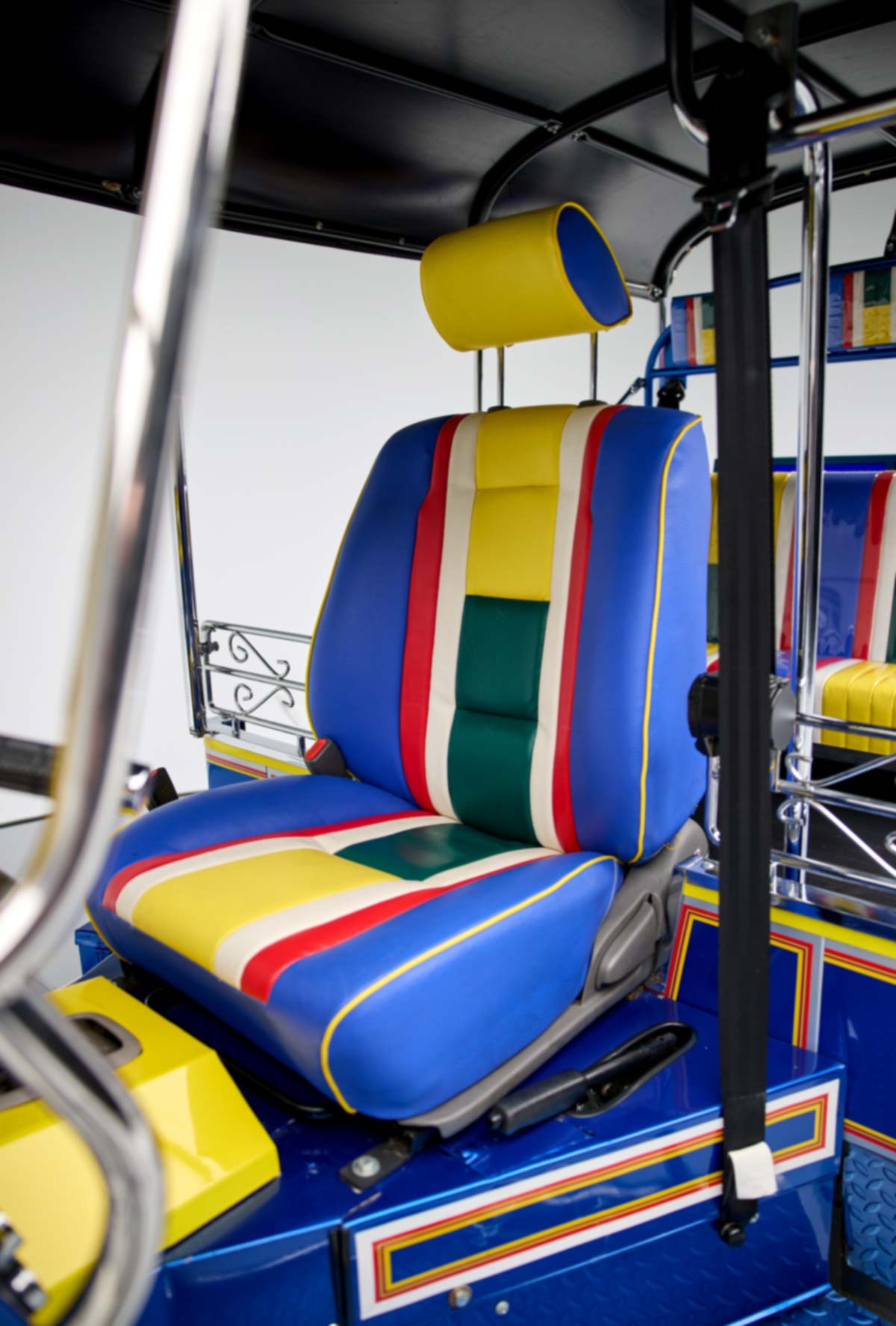